Yesterday I came across a post written by my fellow blogger Sara who always introduces new words through her blog posts.This time I could not control my curiosity to know more about this strange and funny word introduced by her-Smellfungus.

I  will be happy to share the story  of this word with you .Here goes the story of its origin:

Smelfungus is a name given by Laurence Sterne to Tobias Smollett as author of a volume of Travels through France and Italy, for the snarling abuse Tobias heaps on the institutions and customs of the countries he visited. Tobias travelled through France and Italy in 1766 and complained about everything in his travel book. So Laurence named his character in his novel as Smelfungus. 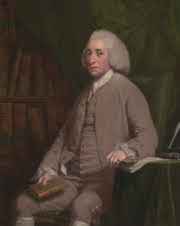 The term “smellfungus” (pl. “smellfungi”) thereafter passed into broader use to describe a grumbling traveller, and might even be applied to a faultfinder in general

In the 19th century Smelfungus was adopted by Thomas Carlyle as a pen-name when he had any seriously severe criticisms to offer on things, particularly those that have gone or are going to the bad.
And now the meaning according to  urban dictionary:

1.a person who bitches, pisses and moans, and gripes about absolutely everything.

2. A person who complains and bicker to everyone about meaningless matters. Never finding positive in situations and try to bring mutual misery amongst people in their surroundings.

“Stop carrying the smelly fungus of  jealousy as it can make you.  smellfungus”???

P.S.-I may not become a champion by learning just one new word but yes,I will definitely feel good about learning something new today….

KNOW ABOUT THE AUTHOR

Aurora Meenu, Founder of Lifemarbles, is an award winning educationist and blogger. She has worked with various brands and published in magazine. she is Google local guide too.